Hydrogen is an element with the atomic number “1” and the elemental symbol “H.” Two atoms of hydrogen-bonded together are called molecular hydrogen “H2.” Hydrogen is colorless, odorless, the lightest substance on earth, and is the most abundant substance in about 70% of the entire universe. Most of the stars in the universe, including the sun, shine with hydrogen as their energy source.

When combusted, hydrogen bonds with oxygen in the air to form water without any production of carbon dioxide (CO2), the sauce of global warming. Besides, it is storable, transferrable (transportable), and flexible (for use).

We have succeeded in developing a new technology to extract hydrogen from natural ores by simply reacting “water” with “natural ores” created by us,
without using any external heat or electricity, which is entirely different from the conventional hydrogen generation methods. In addition, the catalyst can be reused, so no waste is generated. 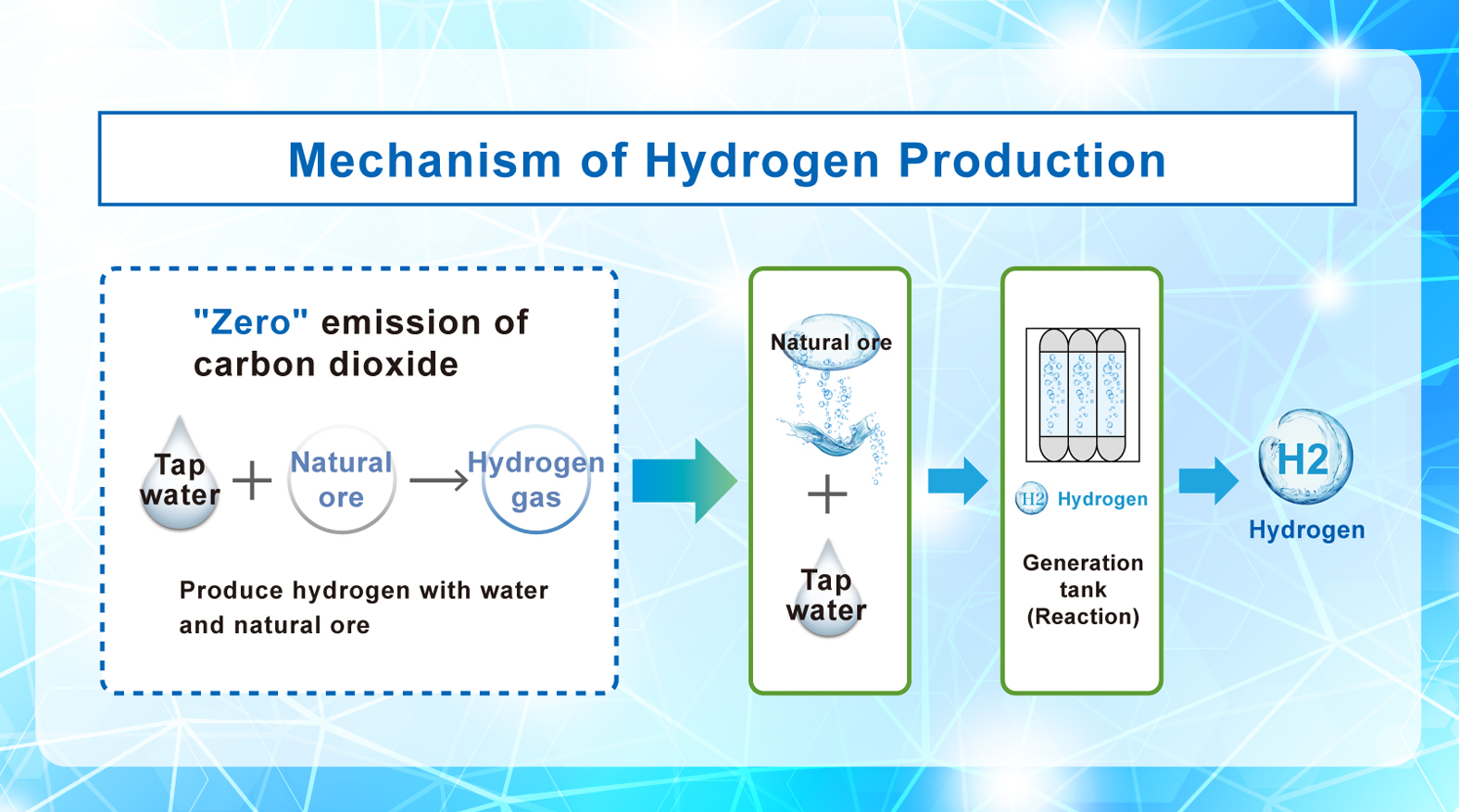 Hydrogen is used in various fields such as semiconductor manufacturing, medical product, oil refining, glass, automobiles, airplanes, and rockets, and the demand for hydrogen will increase even more in the future. In that situation, the use of hydrogen as an alternative energy source to fossil fuels (oil, coal, liquefied natural gas, etc.), which emit large amounts of carbon dioxide (CO2), is attracting a great deal of attention. For instance, by replacing the fossil fuels used in thermal power plants with hydrogen, it will be possible to supply electricity to businesses and homes with almost no carbon dioxide (greenhouse gas) emissions, which are causing global warming. 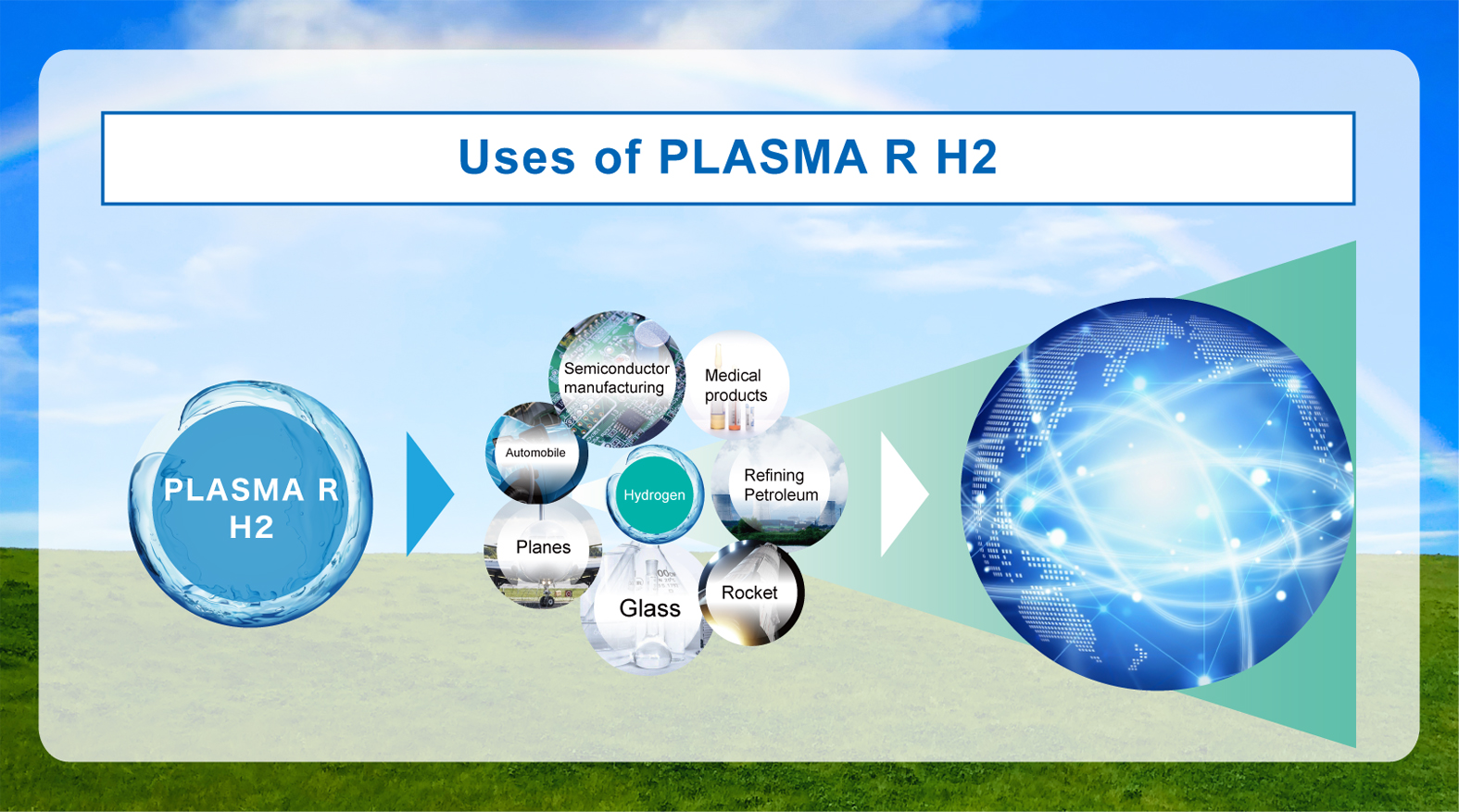