On April 7, 2021, the Department of Energy (“DOE”) of the Republic of the Philippines, Secretary Alfonso G. Cusi (“Secretary Cusi”), and Yasuhiro Yamamoto, President, and CEO of Hydrogen Technology Inc. (“HTI”), signed a Memorandum of Understanding (“MoU”) to advance the study of hydrogen as a fuel for power generation.  HTI signed an MoU to advance research on hydrogen as a fuel for power generation.  In an online correspondence, the MoU was effectively signed by critical officials from DOE and HTI and officials from the Embassy of Japan in the Philippines.

Secretary Cusi said that the MoU would enable the Philippines to fast-track research and development on hydrogen, stressing the need to increase the share of renewable energy while adhering to higher environmental standards for a better future.  He added, “With this MoU, our commitment to clean energy will soon be realized and will have a beneficial impact on the Filipino people.”

During the online signing ceremony of the MoU, Secretary Cush made the following remarks “With the establishment of the Hydrogen and Fusion Energy Committee (HFEC), the DOE is committed to exploring hydrogen as an alternative source of clean energy and other applications that will benefit the Filipino people.”

Secretary Cusi told HTI executives, including President Yasuhiro Yamamoto, who signed the MoU on behalf of HTI, as following “With HTI’s support and the signing of the MoU, I am hopeful that the development of hydrogen energy will finally be realized in the Philippines.”   Secretary Cusi hopes HTI will be able to adopt the technology and begin research and development as soon as possible.  He also said, “I was hoping to bring this model to the Philippines to trial the technology on one of the islands, and with the signing of this MoU, I expect the trial equipment model to be shipped soon.”

Secretary Cusi also assured HTI that the DOE would support the entry of technicians into the country, if necessary, as movement is restricted due to the COVID-19 pandemic.  Secretary Cusi concluded by saying, “I would like to thank everyone for being here today at this important moment in the hydrogen energy framework, and I am honored to be working with HTI on this endeavor.” 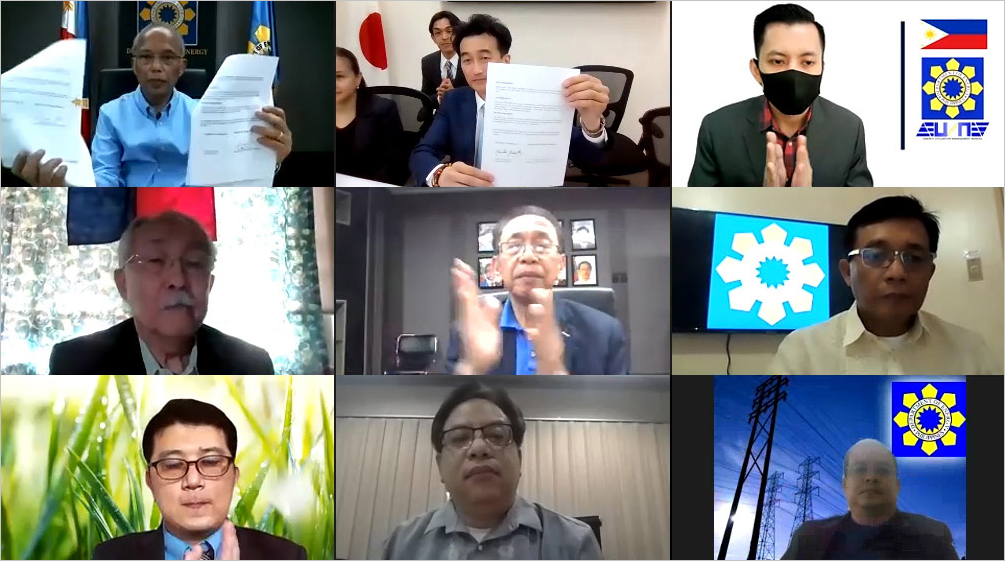 Based on the MoU, the DOE and HTI plan to investigate hydrogen generation in the Philippines to make the country energy independent and significantly reduce CO2 emissions.

– Department of Energy (DOE) of the Republic of the Philippines Website –