erex Co., Ltd. (Head office: Chuo-ku, Tokyo; Representative Director and President: Hitoshi Honna; after this referred to as “erex”) and Hydrogen Technology, Inc. (Head office: Chuo-ku, Tokyo; President and CEO: Yasuhiro Yamamoto; after this referred to as “HT”) held a groundbreaking ceremony for the first hydrogen combustion power plant in Japan, which is being constructed in Fujiyoshida City, Yamanashi Prefecture. 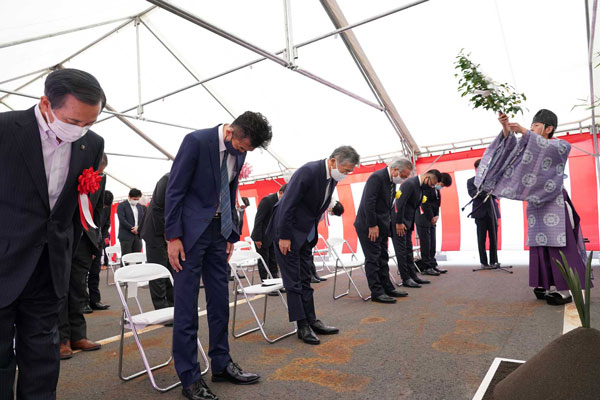 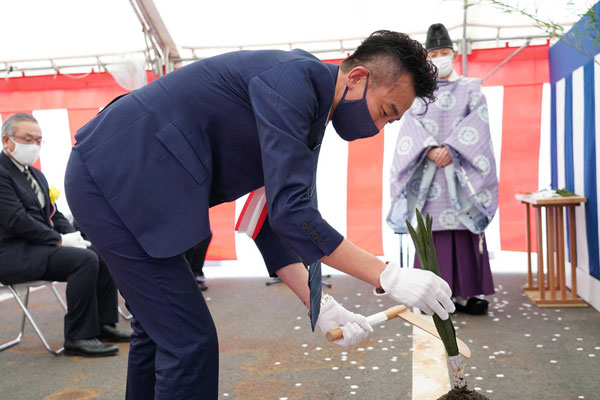 On the day of the ceremony, about 30 people, including the Mayor of Fujiyoshida and other people involved in the hydrogen power generation project, attended the ceremony and prayed for the safety of the construction work.  The Mayor of Fujiyoshida said, “Congratulations on the groundbreaking ceremony of Japan’s first hydrogen power plant in commercial operation in Fujiyoshida City.  I hope we can tackle the world’s challenges to achieve a decarbonized society.“

Hitoshi Honna, Representative Director and President of erex, said, “The Project will contribute to the prevention of global warming and the formation of a recycling-oriented society by actively promoting businesses that utilize clean energy in Japan and overseas.  We are also aiming to develop a large-scale hydrogen power plant in the near future.” 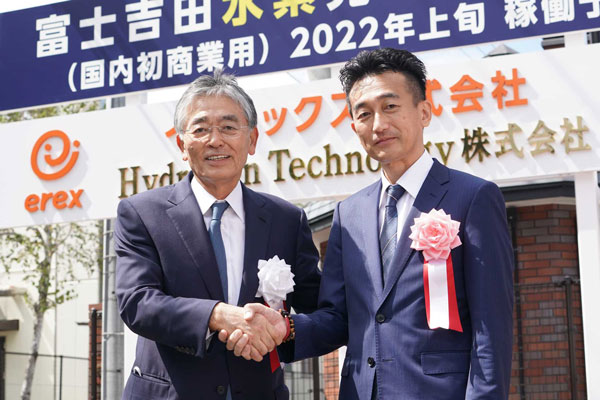 We will continue to contribute to the prevention of global warming and the realization of a decarbonized society by actively promoting the hydrogen business of Hydrogen Technology Corporation in Japan and overseas.